Shoe-la-la: Networking at its funnest 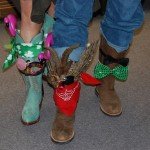 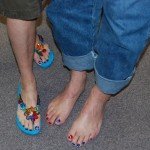 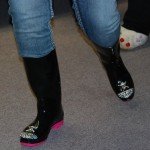 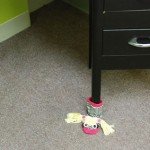 Even the table legs got shoes 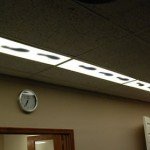 Shoes on the ceiling 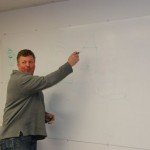 I had the privilege of joining TIPS group No. 1 for the Sarpy County Chamber. We meet at 7:30 a.m. every Friday at John A. Gentleman Mortuary in Bellevue.

This is NOT your ordinary TIPS group. Yes, we exchange tips and referrals and support. But we have so much fun doing it! This group of outgoing, friendly people knows how to play while they work, and care for the group’s members while they’re doing it.

Mike and Vicky Tysor, owners of Quick Mailing Services in Omaha, hosted all of us at their office on March 1 for their first “Shoe-la-la.” We were asked to wear our fanciest shoes to compete for the Golden Shoehorn award.

Vicky had a blast decorating the office for the party. She created a trail of shoes from the front door back to the party room and even to the restrooms. Shoe ornaments were placed everywhere — even in the lights in the ceiling.

The Tysors served enchiladas and chips, and the rest of us brought snacks and dessert. Margaritas and other drinks completed the menu.

I knew that with all the fun and creativity in this group, there would be some great entries in the shoe parade. I wore my purple-and-silver-glitter sneakers that I wore to Bellevue East football games. Mike Tysor wore his Iowa State slippers. Sarah Bernhagen decorated a pair of black rain boots with crystals, which earned her the runner-up prize. 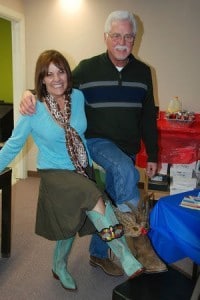 The winners: Charlotte and Dwight

Charlotte Beardmore and her boyfriend Dwight really stole the show. Both wore cowboy boots, but had several “costume changes” for their attire. Pink flamingos, Mardi Gras masks and bow ties were included in the wardrobe.

The highlight, though, came after the shoe parade. The pair removed their boots and socks to reveal their twin pedicures, complete with symbols from scuba diving, the sport that brought them together. They definitely earned their Golden Shoehorn Award.

We played Pictionary after dinner, made even more fun by the fact that we had a wall-sized white board for our drawings. After battling to a tie, my team won after a draw-off.

This TIPS group is more than just a business networking group. It’s a network of friends who enjoy sharing fun and personal experiences as much as referrals. It’s an honor to be part of the fun.

I’ve posted a few photos here. More photos can be found in my SmugMug gallery.